We were introduced to fresh new faces in our “B” team, who will no doubt bring surprises and strength to this organization in the future.  The “A” team was able to shine in Oregon and even got to visit the Tillamook Cheese factory.  The “AA” team made it to the championship game at State before ending their season 36 – 7.  Amazing run.  Some of these young men we will see next year and some are headed to college or back to college.  Such is the nature of U19 Legion ball; but for this short time, we witnessed an inspiring coalescence of skill and friendship that we will remember for a lifetime.   Thank you boys for this season and best of luck wherever you are headed!

As we proceed to the the second day of the State Tournament, I want to congratulate our boys of summer for their effort so far.  The Gems entered the District tournament with a 26 – 5 record (give or take). The Legion District Tournament was hosted at Bishop Kelly High School, and the Gems blew through it without a loss.  Here is a sampling of highlights I picked up through browsing the Game Changer recaps and stats. The tournament started with a strong showing from Braden Rachael allowing 3 runs over 6 innings, striking out 4.  It was a close game with the Silverwolves limiting the Gems to singles. But that was all that was needed.

The Treasure Valley Stars fell 8 runs to 2 the next evening.  The score was tied through four, then Jonah H singled to start the unraveling. E. Youde followed up with a 2 RBI double, Callahan collected a RBI triple, and Randall finished that inning with a RBI single.  E. Youde doubled again in the next inning to give the Gems their 8th and last run of the game.

Gems played Mountain VIew Torros the next evening.  Impressive 13 runs for the Gems in a game with zero errors from either side.   Scoring began with a 2 RBI HR from Alex. Callahan singled to bring in Viz that inning as well.  Later, Viz would go yard as well bringing in the Gems’ 11th run.

The Gems faced the Senators the next day.  The highlight was that Logan Durk got his first homer bringing in Parker who had just doubled. The Gems had two other home runs by Alex and Viz that game.  Murphy pitched through three innings giving up one run and 2 hits.

The Championship game was between the Gems and the Nampa Chiefs.  Both teams were going to state, but this was for bragging rights and the top seed.  The Chiefs would have to beat the Gems twice, but a second game was not needed. 9 to 2 score secured the top seed for the Gems.  Sebastian Elu started it off on the mound lasting five innings giving up one run on 3 hits, walking on and striking out 5. Viz and Duffy finished the game on the mound.  The scoring was shared between, Elkins, Vizgirdas, Alex and Parker, where both Alex and Parker each contributed with 2 out RBI’s.

I want to acknowledge the failure of Game Changer to provide accolades to the fantastic fielding our team has showed.  A grounder in Game Changer is not always a ‘grounder’. We all have our golden glove moments. Here are mine: Jonah at second dives to his left and, while maintaining his rotational momentum, comes up on a knee to throw the runner out at first.  Visgirdes in center lays out horizontal to stop an offense. Elu charging from shortstop comes up throwing. Callahan, from third, bare hands a chopper and in one motion throws to get the runner at first. Funkhouser who appears to be in two places at once so many times I can’t count: is he picking the runner off second or deep in the gap.  How can he do both.

I am sorry that I can’t catalogue every awesome event.  And I know you have your own. There are many more I did not include because it is all a blur.  I hope to get in another blog post or two this year. Two more post tournament posts would be cool.  Thanks for reading and thanks for supporting the efforts of these fine young men. See you in the stands. Go Gems

In a hotly contested battle for the championship in St George, the Gems held their composure and bested the Jay’s from Las Vegas 19-8 in 5 innings. The Jay’s particular gamesmanship garnered a Jay’s player ejection and later the ejection of their coach and a second player as well. The Gems weathered the ruckus while focusing on their bats and playing within themselves.  Phenomenal offensive effort overcame early errors securing the championship.  Viz’s second double thwarted his attempt at the cycle by one single, and it was apparent he knew it, as he slowly rounded first for his last at bat  (he already had the HR, 3B and 2B accomplished).  This game, the second of the day, which started at 8:30pm in 95 degree temperature and ended close to 11:00, tested our boys’ endurance and heart. They excelled beyond expectations. A satisfying win.

2018 brought success to the Timberline high school baseball team.  JV beat Rocky in the District Final, and the Varsity team won the State Title.  The Statesman had a nice piece on the team and their season.  Also check out the brackets below.

The AA team had a fantastic season, traveling to Reno and Omaha for back to back tournaments.  And later, to finish season in Twin Falls at the state tournament.  They made plenty of memories as a team, but also played very well.  37 home runs between: Viz, Mac, Wagner, Chambers, Riddle, Hultberg and Stefanic.  Viz made it to double digits with 10 home runs.  Evan Blodgett gets credit for the only two shutouts for the season: against BK Wave and Borah Senators.

The Boise Gems A team had a great season marked by 4 shutouts.  Sullivan gets two of those with only 5 hits combined between those two games.  McAdams pitched a shut out on June 19th and Shafer got the win from a collective shutout against the Liberty Falcons on June 22nd.  Garrett Thompson managed two home runs this season.

Congratulations to our B-Team’s. Their overall record was 23 to 7, which is a great way to start their Gem’s experience.  We hope they will stay on board and decide to grow with our program.

The AA’s make it through the losing bracket (having lost initially to Borah); beating Centennial, Bishop Kelly, and then Borah. A final loss to the Toros meant a lower seeding but we’ll take it.

Layton Wagner gets some love from coach after bringing Gems to within 2 runs after grand slam in the 5th inning of a 9 inning game. Gems would beat the Cannons 16-12 in final game of regular season play.

And now a quote: “Progress always involves risk.  You can’t steal second base and keep you foot on first.” – Frederick B. Wilcox

The Boise Gems 2017 Freshman Team finished 2nd in their division!  We are looking forward to these young men building their skill and contributing in the years to come.

What a great season!  The Boise Gems family will miss those seniors who are moving on in their lives but look forward to having a successful and positive experience with those young men who will play with the Gems this summer.  Here is the Varsity Roster and a recap to the 2017 Varsity season.

Team Roster and racap to the great 2017 JV season.

The Boise Gems Board of Directors is pleased to announce the selection of Jeff Reifman as head coach of the AA team for the 2017 summer season.  The selection of Coach Reifman was made based on a new formalized process for the corporation to select the coaching staff.  It is the Board’s desire to link the Timberline High School baseball program with Gems program at all levels and to have high expectations for our teams, as well as high expectations for how our players grow as young men.  After meeting with coach Reifman and hearing his vision for our boys from Spring through Summer, it is apparent that he has a vision consistent with that of the Board’s for how our boys will play on the field, coalesce as a team, and carry themselves as young men.  We are particularly impressed with his enthusiasm for the game itself, and for the values he wishes to impart on our young men.  We look forward to a great Timberline season and an equally great Gems season.  The Board will work with Coach Reifman to buildout the coaching staff at all levels with professionals having the same high expectations.

Thank you everyone who showed up at the recent Gems Board meeting.  I am looking forward to the 2017 season.  This is my first blog post and it might be my last, who knows.  I am taking on the challenge of the web site for this year.  I am hoping to include some great pictures of our boys this summer as well as keep up with the wins and losses through the season.  I am going to rely on all of you to keep me up to date with scores and news.  As I begin to enter information and make changes, I will become more familiar with where information should go; if you see where a link should go, or how information should be presented, to make the site more intuitive please let me know and I will try to make it happen. How? e-mail me. Thank you.

If you missed the Crab Feed Fundraiser, be sure to mark it on your calendar for next year! Here are some pictures of last night’s festivities. A special thanks to all the Gems volunteers who worked so hard on this event! 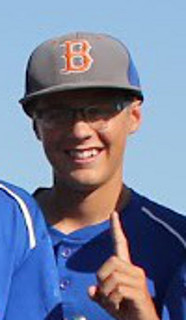 Congratulations to Keegan Carlson for selling the most items in the Wreath/Swag/Centerpiece fund raiser!